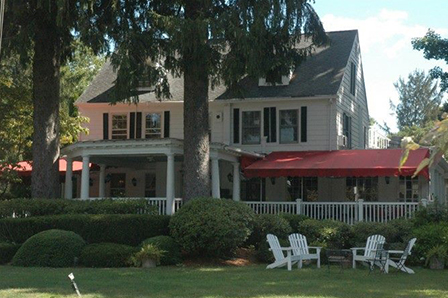 Developer Andy Glazer has announced plans to buy and convert the Roger Sherman Inn in New Canaan into eight houses. The 1.8 acre property is being sold for approximately $5 million.

LANDTECH’s Peter Romano and Andy Soumelidis are providing site planning, engineering and permit administration for the project. LANDTECH provided similar services to the Glazer team on both the Maples Inn and the Silvermine Tavern projects.

Glazer told the New Canaan Advertiser that the Inn will likely remain operational until the end of the year. Planning will take place over the winter and construction is planned for Spring of 2017.

[hat tip to Michael Catarevas of the New Canaan Advertiser]